Nurse Voice to Lead - Health for All Quotes

Florence Nightingale (the foundational philosopher of the modern nursing) was born on 12th of May in 1820. International Council of Nurses established the day in 1974 to be celebrated every year to highlight the importance of nurses role in providing the best health care services. She became an important figure of the nursing since Crimean War during 1850s. She, stationed at the Barrack Hospital, Scutari, reformed the health care services and nursing and opened “the Nightingale School of Nursing” at the St. Thomas Hospital, London in 1860.
Posted by Umesh Modak No comments: 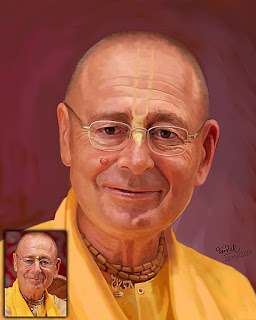 Born Peter Letai, to an upper-class Jewish family in Budapest in 1949, his family emigrated to Canada during the failed Hungarian revolution. Despite attaining an Engineering degree with colourful prospects of a successful career, providence changed when he came in touch with the five thousand year old text, Bhagavad-Gita As it is, an ancient manual enlisting practical answers to the universal questions of life. In 1973, Sivarama Swami found and accepted his guru A.C. Bhaktivedanta Swami Prabhupada, the founder of the International Society for Krishna Consciousness. Committing himself to the basic practises of the Bhagavad-Gita, Sivarama Swami renounced his former material ambitions with a dedicated venture for conscious living. It was in 1979 that Sivarama Swami officiated his decision of becoming a renunciate and accepted the name Sivarama Swami, now a travelling monk with no personal motivation other than to aid his guru’s mission to see the world a better place.

Sivarama Swami has had a colourful life taking him through all continents of the world with particular responsibilities for managing projects in the U.K., Hungary, Turkey & Romania. Today Sivarama Swami travels regularly between the East and West, inspiring thousands in their spiritual practices and sharing the teachings of Bhakti-yoga. Most of his time is spent in Hungary where he resides within the spiritual haven, Krishna Valley. https://sivaramaswami.com/
Posted by Umesh Modak No comments: 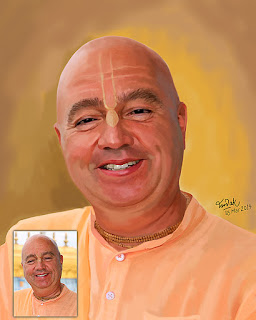 Bhaktimarga Swami was born on October 5, 1952. His first major encounter with devotees was in Toronto, at the college campus where he studied fine arts. He invited them to his apartment for an overnight stay, and without delay he gave up bad habits, went to the temple, and never left. He was initiated by Srila Prabhupada in 1973. He is an instructor in bhakti-yoga, mantra meditation, kirtan, and interactive dance. Widely known for his passion for the performing arts, he has taken an active role in writing and directing morality theatrical productions that are presented all over the world. Productions scripted and directed by him are as follows: The Jagannatha Story, Demon, Dhruva, Three Lives of Bharat, Ramayana, Krishna the Eighth Boy, Marichi, God Is, Gods and Demons, Grandsire, Vamana, The Gita, Chaitanya’s Verses, Lonely People, The Witness, Brother I Need You, Pancha Tattva, Canto Ten, Rolling the Dice, and Kunti and Karna. He has also directed such ISKCON Classics as “The Boatman,” “Big Fish, Little Fish,” and “The Age of Kali.”

He achieved the remarkable feat of walking across Canada three times, beginning with his first walk in 1996, detailed in the National Film Board of Canada documentary “The Longest Road.” His pedestrian pastimes include trekking across Ireland, the Fiji Islands, Mauritius, Trinidad, Guyana and Israel. He began his fourth cross-Canada trek in the autumn of 2011. Bhaktimarga Swami began his GBC duties in the early 2000s—first as a GBC candidate, then as acting GBC, then as a full voting member. Presently he serves as the GBC for Canada and Miami. He also has two GBC committee assignments: ISKCON’s constitution and VANDE Creative Arts. https://www.thewalkingmonk.net/
Posted by Umesh Modak No comments: 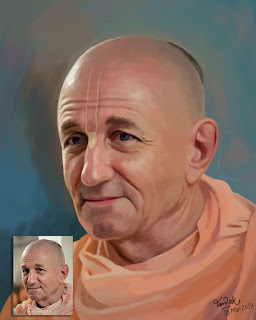 Srila Prabhupada once remarked, “The two brothers Pankajanghri and Jananivasa – there is no comparison. Everyone should know there is no complaint.” (1/2/76, Mayapur – A Transcendental Diary Vol.1)

The 19th of March marks the auspicious appearance day of two of ISKCON Mayapur’s most beloved and long-standing residents, His Grace Jananivas Prabhu and His Grace Pankajanghri Prabhu. Jananivas Prabhu and Pankajanghri Prabhu are the head pujaris of ISKCON Mayapur and continually inspire the Mayapur community and ISKCON worldwide with their guidance, realizations, and example of humble and loving devotional service.

The two brothers were born in England, and came to India in search of the Absolute Truth in 1970. After studying many different philosophies, Jananivas Prabhu received a copy of Bhagavad-gita As It Is while traveling alone in Jagannatha Puri. He then joined the ISKCON temple in Kolkata and was initiated by Srila Prabhupada, and was shortly followed by his brother Pankajanghri Prabhu. They began serving in Mayapur as pujaris when the Mayapur project was just beginning, and have been serving thus ever since.

All glories to these two surrendered and stalwart servants of Srila Prabhupada and Sri Caitanya Mahaprabhu!
Posted by Umesh Modak No comments: 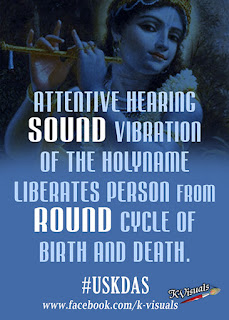