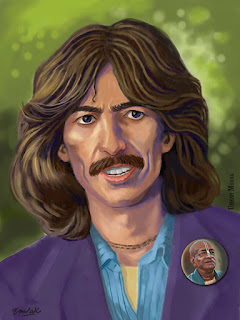 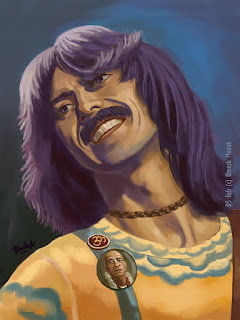 "My Sweet Lord" is pure Harrison, from the Krishna-praising lyrics to the slide guitar. No. 1 Song in 1970. Painted with ref. from 1974 Black / White Photograph. Need to improve more in next series.
Link to Video " My Sweet Lord" http://youtu.be/ThJvhdZ3Bdw
Posted by Umesh Modak 2 comments: 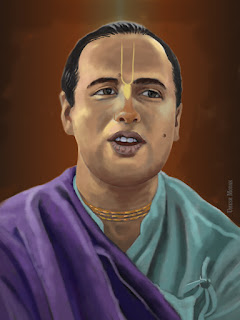 Nitai Dasa, a disciple of Radhanath Swami, joined ISKCON in New Vrindaban in 1998. He was well-known around ISKCON for his efforts in spreading Krishna consciousness, and especially distributing prasadam, throughout the US with his traveling Krishna Kitchen.
He established a major professional catering presence by devotees at major US festivals such as Burning Man and Wanderlust. Last year, he and his crew distributed over 100,000 pieces of prasadam, and were specially called upon to cater to the staff of these festivals.
Nitai’s main service project was Krishna Kitchen, which he poured his heart and soul into and worked tirelessly to develop.
https://www.facebook.com/remembernitai?v=wall
http://www.radhanathswami.us/profiles/blogs/nitaiprabhu
Posted by Umesh Modak No comments:

The Spiritual Journey of an Urban Mystic explores the life and mission of His Holiness Bhakti Tirtha Swami, an African-American seeker who became one of the most influential spiritual leaders of the twentieth century. 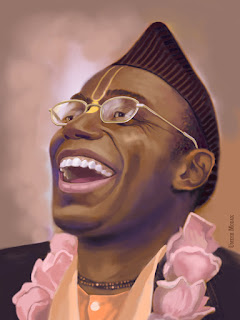