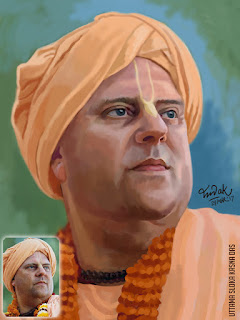 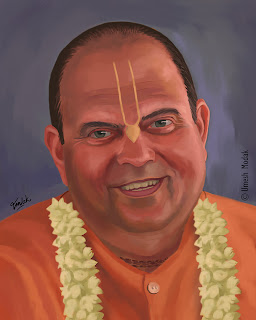 Jayapataka Swami was born in Milwaukee, Wisconsin, USA. His scholastic achievements led to an offer of a full scholarship by Brown University after his completion of high school. Shortly thereafter he visited the San Francisco ISKCON center where he helped to build a cart for the now world famous Ratha Yatra Festival. He joined ISKCON’s San Francisco center on Ratha Yatra day then traveled to Montreal to meet Srila Prabhupada. He received initiation from Srila Prabhuapda in Montreal, Canada in 1968. He and the other foundational team members were entrusted with the responsibility of developing Mayapur with Srila Prabhupada’s words “I have given you the kingdom of God. Now develop it and enjoy it.”
http://www.jpsoffice.info/
http://iskconleaders.com/jayapataka-swami/ 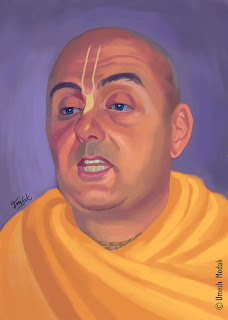 Suhotra Maharaj was born in Massachussetts, USA, in 1950. He first came in contact with ISKCON in 1971. In 1972 he became a disciple of Srila Prabhupada. In 1976 he traveled to India, visiting the holy places and preaching the glories of Lord Krishna. At 1982 he took to the sannyasa asram and up to the year 1987 continued teaching Krsna Consciousness in Europe. His area of responsibility was Norway, Finland, Benelux, Poland, Czech Republic, Slovakia, Romania, Bulgaria and Greece. He preached extensively in these countries by giving lectures. His Books : Substance and Shadow: The Vedic Method of Knowledge (1996), Transcendental Personalism - Vedic Answers for the Human Situation (1997) and Dimensions of Good & Evil (1999). His last book Vedanta Psychology (2007) was published just few weeks before his departure.
Posted by Umesh Modak 1 comment: 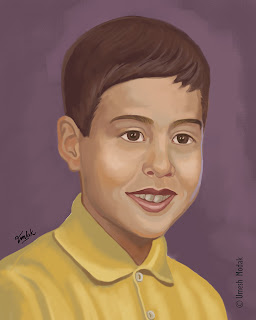 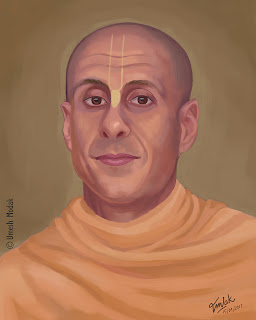 http://www.radhanathswami.com/
H.H Radhnath Swami was born in Chicago, IL. Coming from a Jewish upbringing, he received a strong sense of values, as passed on by his mother and father. As a child, he was deeply thoughtful about life, about God and who is God?  Radhanath Swami explored various teachings of transcendental knowledge and in 1970 set of on a spiritual quest in search for God. Radhanath Swami was gradually lead to India where he met various Mistic Yogis, Gurus and continued his quest through the spiritual land until his heart led him to his spiritual master His Divine Grace A.C. Bhaktivedanta Swami Prabhupada founder Acharya of ISKCON. He developed a very deep sense of indebtedness and commited to dedicate himself in full gratitude to the mission of his spiritual master.
Posted by Umesh Modak No comments: 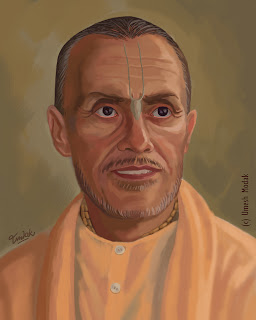 One aspect of his Krishna Consciousness : He used to chant Krishna’s name before every morsel of Prasadam. He would chant Govinda and then take one morsel then Madhava and then take another morsel…. and so on until he finished his entire meal.
His primary complaint in life was that he felt our society should immerse itself deeper in Hari katha. Those friends who want to honor him the most should do exactly that, for indeed, it is pleasing to Srila Prabhupada and to Sri Sri Radha and Krishna.
Radha Kunda was the principle cook for all those 700 devotees in California (west-coast U.S.A), and he was super excellent in his skill, full-on gourmet of the highest quality. He could whip out a super-tasty, exceptional (on a world scale) feast for so many devotees in less than two hours! 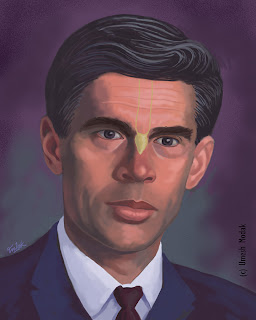 Richard L. Thompson [Sadaputa Dasa] (February 4, 1947–September 18, 2008) was a mathematician, scientist, philosopher, researcher of ancient cosmology, author, and devoted practitioner of bhakti-yoga. He was born in Binghamton, New York, and received a B.S. in mathematics and physics from State University of New York at Binghamton in 1969.
He published many technical papers on the study of the relationship between science and Krishna conscious philosophy, and wrote eight books including Alien Identities and the bestselling Forbidden Archeology. "Thompson writes as a scientist about science with a clarity, accuracy, and objectivity that should engender respect both from scientists and from those whose religious persuasions are other than his own." - Henry